Home / Blog / Past, present and future of people counting solutions and how retailers benefit from them

Past, present and future of people counting solutions and how retailers benefit from them

January 23, 2017
vcount_admin
Blog Post, People Counting, Retail, Retail Analytics
No Comments on Past, present and future of people counting solutions and how retailers benefit from them 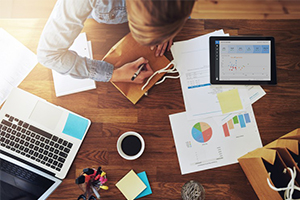 It is imperative to study the evolution of in-store analytics to understand where it is headed and be prepared for what is yet to come. Retailers have come a long way in tracking their visitors’ behavior and interpreting what it means and what it should mean to them. In a similar manner, technological innovations have matured to catch up. Long gone are the days of beam sensors and thermal people counters, technology has set the standards high with the launch of new camera-based people counters that have reached its current peak to provide over 98% accuracy. It has not stopped there, of course, thanks to Wi-Fi and Bluetooth technologies, it is now possible to follow the footprints of the customers and know where their legs take them.

Gartner, a leading information technology research and advisory company, published an insightful study, back in 2012, on the past, present and the future of the retail and new BI tools. It suggests that it all started with “descriptive analytics” which enabled retailers to understand what happened in their stores. The next step followed was “diagnostic analytics” through which why it happened became a common question to ask. In this evolutionary process, by collecting and analyzing what and why information which delivered a useful foresight, retailers started to think about what might happen, also known as “predictive analytics”. While these insights are paramount to retailers’ knowledge base, predictive analysis lacked in encouraging to take in-store actions at the moment of a sales-producing activity. Thus, in 2016, a new era started with “prescriptive analytics” which led people ask what should be done with comprehensive insight to entirely optimize the transaction.

Why is prescriptive analysis gaining such a high importance? It is seen as the missing piece of the big retail business analytics puzzle. Executives are now encouraged to think more boldly about their data and potential. According to the November, 2015 report released by IDC Research on Big Data analytics, number 2 prediction was “By 2020, 50% of all business analytics software will incorporate prescriptive analytics built on cognitive computing functionality”. Global Industry Analysts, a world leader in market research, claimed that global market potential for prescriptive analytics is forecasted to reach $1.6 billion by 2022 in business intelligence and analytics. This trend is explained as assembling, interpreting and acting on data as it happens.

People counting business is stepping up by offering more advanced technology coupled with various BI tools to catch up with the new prescriptive analytics era. It is becoming more personalized than ever with gender recognition and in-store notification technologies in addition to people counters, furnished with software applications to provide ever-advanced reporting. Gender recognition technology allows retailers to understand their customer portfolio, what percentage is male/female, to optimize their operations accordingly. Push notification, on the other hand, will provide a stronger drive to purchase and encourage them to feel more special by touching on their customized needs. For the ease of use and a wider-reach, mobile world has emerged as to-go-to and dominant platform for this communication.

Having said all these, the main question here is who will adapt to these innovations and be the real game changer? On the retail side, however, the gap between data driven companies and those who rely on their gut feeling in their decision-making process will be the main determinant in who the winner becomes and who becomes the sore loser of this rapidly-evolving game.