Home / Blog / Why It Is Important To Have A 3D Stereo People Counter And Why They Are State Of The Art?

Why It Is Important To Have A 3D Stereo People Counter And Why They Are State Of The Art?

December 25, 2015
vcount_admin
Blog Post, People Counting
No Comments on Why It Is Important To Have A 3D Stereo People Counter And Why They Are State Of The Art? 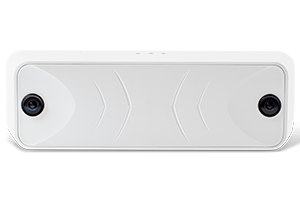 People Counting has come a long way since its early integration to the business. Managers have been looking more and more data to draw conclusions about their visitors. There are a lot of components that have to come together for a visitor to become a customer. In addition to this, even more, has to be known to keep customers loyal. However, the story of a loyal customer starts with the first step they take into the store.

That very first step is when masses become a statistic. A very important statistic. One of the most important data a store manager can look at is the traffic. Because traffic is the real potential of a store. People who come into your stores are close to buying something as they ever can.

In order to understand and realize their potential, retailers and shopping malls started with manual counters and tried beam sensors, thermal cameras and many more that came afterwards. The state-of-the-art technology for people counting is based on video-based counting. This technology allows reaching the highest accuracy and other advanced metrics that its predecessors could not.

As for every other technology video-based people counting has gone through some changes. Probably the most important one is benefiting from stereo vision, which is utilizing two lenses.

There are 2 main differentiation points of 3D People Counters. First one is definitely the accuracy. 2D People Counters may be enough for getting an overall grasp of the in-store traffic. However, 3D technology provides better precision and increased counting accuracy by 5-8%. Obviously, this difference in accuracy becomes more crucial as the traffic of a physical place increases. This alone puts 3D counters on a different level.

The second feature that allows stores to get close to pure data is its ability to count children and adults separately. Since these devices can calculate depth due to there, they can deduct children from the total count. It goes without saying that children are rarely buying items on their own.

To summarize, 3D stereo people counters are made to be superior to every technology that was invented previously. In a very short amount of time, they will be the go-to solution for businesses to increase their traffic, conversion rate and average basket size.

How Airports Can Benefit From People Counting? December 18, 2015
How to Measure Foot Traffic? January 5, 2022
The Business Intelligence Platform: The Features It Provides and Their Advantages February 5, 2019

Let’s increase your revenue together.

Don't miss any news about visitor analytics and how we are paving the way for a better world!