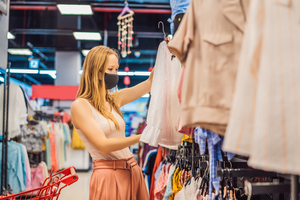 As the coronavirus hit the world in full force, countries declared a state of emergency and enforced lockdowns in their cities. This caused an instantaneous flood of shoppers on grocery stores and supermarkets to stock up on everything from toilet paper to pantry staples. With lockdowns and curfews in place, the ability for supermarkets, shopping malls, and retail stores to adapt became critical. Businesses were catapulted into a position of needing to keep up with the demand while keeping their employees and customers safe; Supermarkets set off a wave of instituting one-way aisles and 2-meter markers, and soon, real-time occupancy rules followed.

Manual traditional solutions were implemented by many, but in no time, their shortcomings became clear. A business would have to pay a staff member to stand at the door, making tally marks as people enter and exit, instead of utilizing that time and effort elsewhere for additional sanitization or assisting customers. With a large margin of human error, this quickly led to inaccurate counting, only one entrance could be open at any given time, and customers had no idea how long the waiting time would be.

While countries continue to make efforts to slow the spread of the virus, governments around the world are loosening previously imposed restrictions, all while keeping in mind that businesses are taking safety measures and maintaining social distancing. 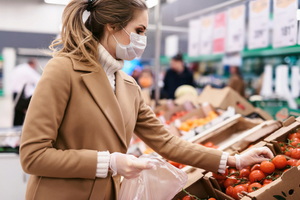 June saw several major destinations move forward with their next phases of reopening, including the UK, France, and the USA. Other cities like Berlin approved events of up to 150 people. We have been tracking the latest updates on the easing of the coronavirus restrictions.

USA
In the US, occupancy was limited to 50% in Connecticut, while in Massachusetts, a maximum of 40% capacity was mandated. Several other states have followed in the footsteps of their neighbors. More and more businesses have taken on the responsibility of providing a safe space for their customers and employees by determining their occupancy limits and allowing only a certain number of customers at their store at a time.

Italy
After the entire country has been quarantined for over three months, restrictions were loosened on areas that were not struck hard, with the reopening of a limited number of shops and businesses; social distancing, however, remains a must. The Italian government has also announced the reopening of Italy’s borders without restrictions on June 3.

United Kingdom
Prime Minister Boris Johnson released a document titled “Our Plan to Rebuild” On May 10. The report outlined a 3-step plan for reopening. The UK is currently in Step 2, in which some schools and businesses, including shops, have reopened. Step 3 will start on July 4 after some public health criteria are met; that’s when restaurants, hairdressers, religious houses, and theaters will reopen.

France
June 2 marked France’s second phase of its reopening plan. Restaurants and cafés reopened in the least-impacted areas. In Paris, parks and restaurant terraces have been allowed to reopen, and public gatherings throughout the country are limited to 10 or fewer people. Theaters and gyms are expected to reopen on June 22.

Spain
Spain has been under strict lockdown since March but has started to loosen some of its restrictions. Except for Barcelona and Madrid, the country has entered Phase 1, with small businesses, religious centers, and hotels open to the public. All facilities must follow strict cleanliness rules, and only groups fewer than 10 are allowed to meet, as long as they follow social-distancing rules. The country has also reopened its beaches, bars, and restaurants with a limited amount of outdoor seating.

The recent lift of restrictions has made the need for an AI-powered occupancy solution apparent. In response to the vast global demand for a smart occupancy solution, V-Count launched VCARE, a real-time occupancy monitoring solution that delivers live occupancy data with alerts when limits are reached.

The VCARE real-time occupancy solution has helped businesses like supermarkets, retailers, and shopping malls reopen safely by complying with restrictions on occupancy numbers and provide a safe space for both customers and employees alike.

Stay up to date and follow our periodical announcements here for the latest on how to manage physical distancing with our people counting occupancy solution.

Occupancy Accuracy & Why It’s Critical May 22, 2020
3 Benefits of People Counter Solutions in Manufacturing October 2, 2020
Retail Readiness: 5 Tips for COVID-19 In-Store Safety April 9, 2021
We use cookies to improve your experience and analyze traffic. By continuing to use this website, you agree to the use of cookies. Please find more information on our Privacy Policy Page.
I Agree