In the present day marketplace, slowing revenue growth is evident in almost every sector, especially within the retail industry. With internal and external factors constantly influencing sales, retailers need to re-think their growth strategy as long-term and sustainable.

The study referred to retail chains’ aggressive expansion without a viable understanding of “growth”. Specifically referring to retailers not being able to strategical shift between the high growth to maturity phases of the business lifecycle. The high performers within the study grew their store count only 2% per year, they posted 3.4% comparable-store sales increases. This is a huge contrast to the underperformers with 4.4% in-store count and comparable sales increases of only 1.9%.

Retailers should look at 3 key metrics to understand growth:

Retailers Need To Look Within 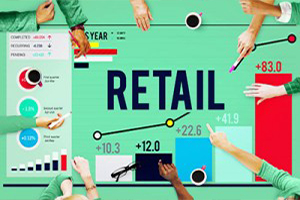 Many retailers realize overgrowth when it is too late. Often leading to cannibalization of sales within their network. So it begs the question, how do retailers generate earnings during downtimes and slower seasons? The answer is simple, through constantly improving store operations and optimizing the customer experience. This in return will increase revenues faster than expenses. Retailers should be looking for growth intrinsically, meaning to focus on existing store instead of massively expanding. This will enable sustainability and a strong foundation that benefits the company longer term.

Customers today see retail as part of their overall consumer journey. They expect the store to be a touchpoint where they can find products with justifiable prices and an opportunity to interact with knowledgeable sales staff. Most importantly, it is a chance for them to build a personal story connected with the brand.

The Kroger Company is the United States’ largest supermarket chain by revenue as of 2016. In 2010, the supermarket chain began adopting queue management systems to increase check out efficiency within the stores. The queue counters track visitors entering the retail space and then predicts an estimated time they will need to before checking out. This enabled Kroger to determine how many lanes should be open and the appropriate staff allocation. Thus, guaranteeing to meet the ideal wait time and increase store efficiency, resulting in a significant revenue increase.

Since then, the average wait duration has dropped significantly from 4 minutes to 26 seconds. Which resulted in a simultaneous increase in customer satisfaction? According to the Harvard Business study, “Initiatives such as this one have helped Kroger achieve more than 50 straight quarters of positive increases in comparable-store sales.”

The Value of Retail Analytics

Developing an optimized operational strategy and using key metrics to measure internal and external influencers are the two most critical prerequisites when viewing at sustainable long-term growth. Retail analytics can fulfil both of the above prerequisites to a great extent, enabling the Management to make more informed operational and strategic decisions based on actionable data. By adopting retail analytics technology, retailers can analyze in-store performance, measure the effectiveness of their marketing campaigns, optimize the store layout and merchandising and efficiently allocate their staff to maximize customer satisfaction.